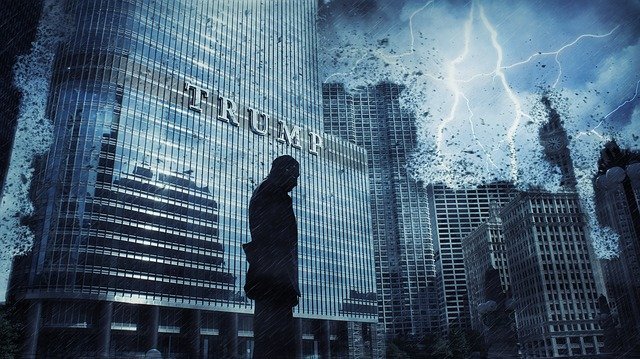 What’s happening to the Tronald?

So, the last time I sent my little Troubles an email was back on November 24th.

Needless to say, a lot has happened since that time.

First off, thanks for the few of you who checked in on me. Yeah, I’m alive, I just honestly needed to step away for a good while and reassess where I am in life. I really wanted — needed — to focus on my trading and really try to take some steps forward with it. I’m happy to say that I truly have, which is a blessing.

Look at the purge that’s happening on social media.

It’s probably only a matter of time until I’m gone.

This is no stranger to me.

My blog used to do 3,000 visitors a day organically. Over a million a year.

Then Google changed something one day and that dropped to 500.

Needless to say, that hurt business.

Twitter I suspect has probably stunted my growth for quite some time, too.

Needless to say, if you didn’t already know, social media giants don’t really want you to speak truth out into the world, it’s that simple.

Which leads us to today.

As I predicted quite accurately since March of 2020 (seems like a while ago now, doesn’t it?) the world has fallen into complete and utter chaos in the past few months. The election was bad, what has transpired after has been really bad. No other way around it.

At this point, there’s really only two options left.

I had never done any research into “QAnon” or anything of the sort until this week. However, as I’ve been harping on my Twitter for months, nothing feels right about this situation. I highly, highly doubt POTUS is just going to bend over and surrender.

His life is over if he does.

He brought back *firing squads* with an order at the end of last year. The lunatics in power will probably try to make him the first one it’s used on. His family will be done. They’ll seize all his properties. He will not be left in peace.

Think he went through hell for the last 4 years just to allow this to happen, especially since he talked about how they’d steal the election since forever.

He’s just calm, cool, still actually working and sending out orders…meanwhile the Dems are rushing to impeach him AGAIN?

The man’s only got a week left in the office!

No way he’s going down without an actual fight, and so far, remember, he still hasn’t conceded.

Like I said, I had never done an ounce of research into QAnon until this week.

Either it’s real, which in that case, crazy stuff will go down in the next week.

Or it’s not real, which in that case, the country is utterly and totally fudged.

They “won” the election and the venom hasn’t stopped, I see no reason why it will.

Did you see how banks are no longer doing business with Trump?

Did you see that former MLB pitcher Curt Schilling had his insurance cancelled because he is a Trump supporter?

Did you see the rumor that HSBC (the bank) is going to start closing the accounts of customers who won’t wear masks?

Everything I’ve been screaming about will happen.

Pretty soon your account will be frozen if you don’t get the vaccine.

Things are accelerating, and quickly.

I estimate that the rumors of accounts being frozen if you don’t have the vaccine will start popping up by the summer at the latest.

All of this QAnon stuff is true.

And man, you better hope it is.

I’m sure as hell not putting all my eggs in that basket though, which is why, though I didn’t foresee *all* of this happening, I moved out to Eastern Europe many many years ago. And there’s many steps you can take that aren’t quite as drastic as this, but it does require swift and immediate action.

Which is why, I’m going to be offering an exclusive coaching program to do just that, in the coming days and weeks.

And most of all.