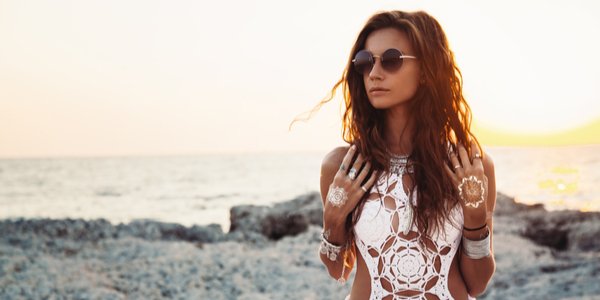 In response to yesterday’s “Dating Subscription” email (read it if you haven’t), “Actually Abroad” member D wrote in to share some thoughts about good ‘ol Seeking Arrangement…

I used Seeking Arrangement to “date” in the States. I multiplied my Los Angeles engineer salary by about…5x, slapped up a profile, and off I went. I had a nice apartment which helped pull it off, in a desirable LA neighborhood (Santa Monica). But, I tell you, the one thing I was always afraid of was letting them see my car. I’d sold off my new Ford Mustang at this point, which looked like a high-end GT model, and could have passed for being a successful guy car. But, all I had left was my beater from high school, a 94 Honda Accord with some missing hubcabs…

I always had to make sure those girls were meeting me near my place where I could walk, and I tried to avoid driving at pretty much all costs.

In fact, I actually did *date* a girl from that site for quite a long time, until I moved to Europe…regular readers will remember her as “Pocahontas” because she worked at Disneyland (as Pocahontas)…

Anyway, take it away, D:

Yep. Seeking Arrangement is unbelievable. Women of all ages, ethnicities, styles all with different requirements for the arrangement.

It is pretty pathetic.

However, I did chat with a guy who had utilized the “service” and he loved it.

I left the conversation shaking my head.

High quality woman (sort of in my opinion).

He said it was great sex and that was all it was.

He paid her rent, cash allowance, and all dates.

The difference was he had to do almost no work.

He worked very hard and felt he had no time for dating.

To him this was a win.

Who is to say she didn’t have two or three others also. This sounds like an emotionally lazy justification for not having the balls to actually try to work other dating sites. I really don’t get it either. A good hooker is cheaper and still holds less baggage and the chances of seeing that same person on one of these sites is high too. Why wouldn’t an entrepreneurial woman work all the angles if she chooses that line of work? Of course she would!

The reason why this happens is simple:

It’s just that. Because for us, believe it or not, while it can be all about sex, it often isn’t all just about sex. Come on now. We’re not wired that way. We’re wired to love, we’re wired to want to have children, and children are typically going to do best in some sort of typical family arrangement where a man loves a woman and a woman loves a man.

So, paying for a relationship, on this subscription model, allows men who are lonely just a touch of it.

I’m sure this girl mentioned in the story DID have two or three other “providers”, especially if she was only seeing him once a week. What’s she doing the other six days?

I’ve always referred to this stuff as “prostitution-lite”, because I think it’s most apt.

Girls are able to rationalize anything and everything to themselves, so in their minds they aren’t sex workers — just sugar babies.

Sex work has always, always been a part of the world.

Old profession, after all.

And personally, I see nothing wrong with it.

I would prefer it be legalized across the board, and that men who struggle getting their physical needs met are able to utilize them as they see fit. Let’s face it, the 40 year old virgin who bangs a hooker at least has the monkey off his back — he’s no longer wondering what sex feels like. Then, maybe he can get out of his own head, realize it’s not a big deal, and actually get a girl himself.

But, in our modern dating age, sex work has changed.

Because now it’s not men who just want a spice of variety, or who have wives and aren’t having their physical needs met.

Now, a LOT of normal men are just unable to get a decent girl.

So, they turn to these options…

Which is sad, and reflects on both the state of men and the state that women are willing to drop to.

Ultimately, we can try to change it and all, but…

Personally, I decided to run away from the problems, and just solve my own personal problem, instead of trying to fix American women.

The Pocahontas girl was great and all, but there was very obviously nothing in our future together.

I realized that I was going down a dark path by using sites like Seeking Arrangement to “date” (you literally start the first point of contact with a blatant lie, after all), and while it was fun and all, who knows where it would have led.

Instead, I made the choice, and I think you should, too, to just go abroad where there were still decent girls left. But, remember, yesterday’s email was all about how this is spreading to Ukraine.

So, basically, your clock is ticking.

Because who knows how much worse it could get.

And, your clock is also ticking, because in two days, the price of the prestigious group “Actually Abroad” is being raised.

You have just hours to get in, so hustle on up to the link below and check out what’s included: