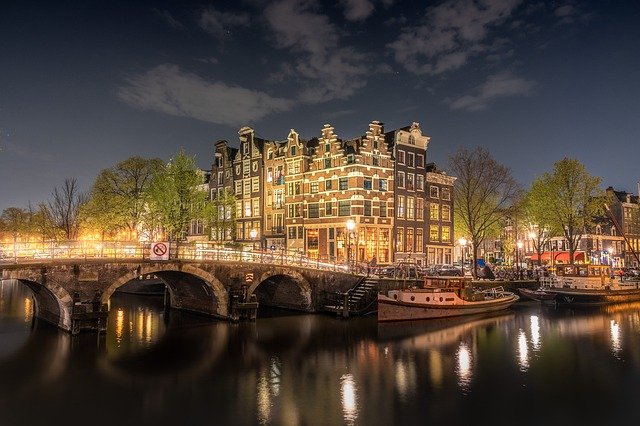 I went to Berlin a few weeks ago, and thought it was the most boring place I’d ever been.

And I was in Amsterdam for five days this past weekend, and thought it was the coolest place ever.

I think the shocking thing to me was the prices. Don’t get me wrong, I realize I’m used to Eastern Europe prices, but paying 20 Euros just to take a 45 minute train to another city, or hopping on the metro for three stops costing 4 Euros — definitely surprised me.

At the same time, it makes sense because the infrastructure was so good.

Walk out of the airport, and from the time I lined up at passport control to debarking the train *in the city center* was barely 25 minutes. Simply walk downstairs, jump on the train (tickets were easy to buy at self service machines) and off you go. Scan the ticket when you exit the station.

But yes, that stuff has a cost.

Speaking of, when I was rapping about Berlin a few weeks ago, I got this email…

Last time I was in Berlin was in summer of ’89, before the wall went down. Back then it was happening little spot, I was in the military, the Duetch Mark to the dollar was between 1.90 – 2.00 DM to the dollar. There was a strip of clubs and other venues, besides checkpoint “alpha, bravo and charlie.” The fraulines were happening and not so anti-american like today. Going to East Germany was cool. Kind of like some one here in th US who makes 70 – 75k and visits Ukraine today. Maybe a little exaggeration, but you get my point, 5 course meal with beers and vodka less than 10 bucks back in East Germany.

Its sad Berlin has petered out, Im glad i went and caught some history, i am very lucky. Its sad you had a blah time there, i wanted to visit but honestly ive become disinterested with Duetchland because of other things. Just my two cents.

Hey man love your emails keep up the good work.

Even from 2014 to now, those prices have flipped around a lot.

I remember meals in Poland then costing the same 10 bucks, and you left with your belly full and hammered off of homemade vodka. Now, I’m sure that same meal costs $20+.

In 2016, when I first arrived, you could eat out with drinks for two for $20…now it’s more like $35-$40. Still inexpensive, but you can see the changes the world is going through.

I’ve undoubtedly been asked if I’m concerned about coronavirus, given the fact I’ve been traveling.

I’m worried about the global chaos it has, and likely will continue to cause. Look what’s happening now. The NBA season is on hold indefinitely. Think about the potential billions lost if those games are out-right cancelled. They don’t take that chance likely.

The airport hotel we stayed at in Amsterdam was at 30% occupancy — they said their usual is 80%.

I’ve had to basically pause my ecommerce stores because nothing is leaving China in a timely manner.

So yes, there’s a lot of problems happening, or about to happen, that would be foolish to ignore.

Am I worried about it killing me?

The vast majority of people who have died from it have been older, and many smokers.

But, I’ve no doubt the issues we’re about to face worldwide are likely going to continue to get worse and worse.

In about a week, I’ll be putting a little something-something on sale and have a pretty cool announcement I’m going to make.

If you want my best travel content, along with the best group of dudes who are making it happen overseas, subscribe to “Actually Abroad”: