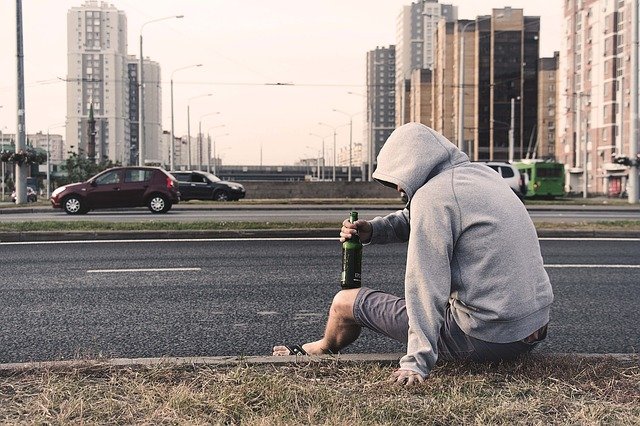 Recently, this flashed upon my social media screen and I just couldn’t help but laff.

Non Alcoholic beers will soon outsell alcoholic ones, and this is a great trend for the kids coming behind us.

The placebo effect for those of us who do drink is awesome and well worth trying.

It has helped me cut the consumption of alcohol considerably.

I disagree with this guy, strongly.

It’s still cans of soy designed to make you a bum and out of shape.

If you don’t want to drink just be a man and don’t drink.

If you need a can of fake beer to fit in with people, you have other issues.

But if you’re a grown man older than 25, and you’re still crying about “beer pressure” from people…hang out with better people. And stop going to after work happy hours, those are the worst. Everyone trying to escape their problems while eating terrible food and drinking themselves to death to forget the workday. Not a happy place to be.

Drinking non-alcoholic stuff just makes you look like a p*ssy.

You go to a business meeting and say you don’t drink, most people can RESPECT you not drinking.

If you sit there sipping on your non-alcoholic beer out of a straw, they might accept you but they won’t respect you.

I know that I, personally, would probably be skeptical of ever going into business with someone, or even hiring someone, who just flat-out didn’t drink.

But I would not hire someone who insisted on drinking non-alcoholic beer all the time.

I’m being deadly serious, I just don’t see how you could take someone like that seriously.

If she’s a woman, well, maybe it’s a bit more acceptable, but just stick to wine then…

Anyways, that’s today’s email over, and I’m proud to say that I wrote this one totally, 100% sober, without the aid of any sort of non-alcoholic beer.

If you are going to go abroad to foreign countries, girls will respect you for not drinking.

I do not think they’d respect you drinking a non-alcoholic drink.

For more of my best mating and dating tips abroad, subscribe to “Actually Abroad”, and best do it before October 31st, when this month’s content will expire faster than the fun when the “non-alcoholic beer guy” walks into the room…

PS: It’s worth noting, that if you really just want to STOP drinking, I’ve personally found a very simple solution that knocks a lot of the desire out:

Something about the carbonation and the sugars seems to curb any and all of my desire for it. Your mileage may vary.

Is a soda any healthier?

Not really, BUT, it’s a lot easier to just have one soda versus one alcoholic drink, for most people (myself included).

Just promise me one thing?

Stay away from the non-alcoholic beer…