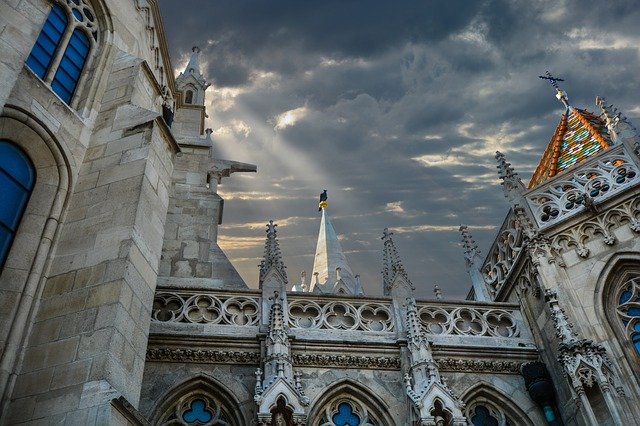 As most of you have seen in recent months, Roosh denounced all of his work about game and women, and turned to God.

Well, last week, Victor Pride of Bold and Determined did the same — except he took it one step further, erasing his entire blog (which I believe spanned close to a decade) and leaving one post up stating the path he had gone.

I got a few emails, messages, and tweets asking my thoughts on it, so figured I’d dedicate an email to it.

Here’s what I think about it:

First and foremost, I’ve met Victor once (at a meetup in LA), and I would not be where I am without Roosh and Return of Kings all those years ago.

Both of them are at least ten years my senior so are at different points in their life than I am.

Both were inspirational in their own way, and I respect the hell out of both of them.

I do believe, on some level, this is prompted by their inability, or decision, not to settle down at all.

Most men are not wired to play the Game forever. Eventually, you reach a point where a lot of the luster and shine is gone. It’s gritty. It’s dirty. I’ve met enough men that have had enough women that will readily admit they are broken and incapable of forming any sort of long term bond with a woman.

Perhaps Roosh and Victor felt like they were in this boat.

Hence, they turn to the path of religion and spirituality to find further meaning in life.

Now, here’s the part I don’t really agree with…

I’ll say first and foremost, I’m not religious. I would have called myself an Atheist at one point, but I think I lean more towards being Agonistic these days. I do believe, strongly, that we are not the only living things in the universe — it’s just too fast and big for us to be the only ones out there.

God helps those who helps themselves.

For these guys to just throw away all their work, everything they stood for, and turn instantly towards spirituality in such a drastic manner to me screams that they have not helped themselves.

Instead of helping themselves, they are instead looking to God to help them.

God is the savior, the almighty.

Now to be fair, I certainly don’t know what they went through recently, maybe they made an honest attempt at trying to be more “wholesome”, and just can’t. I won’t claim to know everything and do try not to judge too much.

While Victor never wrote much about girls and game, Roosh did.

B&D was more about self improvement.

Regardless, for either of them to say that learning how to get women, or improving yourself, is a bad route to take, and that young men should look to God instead…

I just don’t buy it.

We’ve seen how the world has changed.

God is not going to deliver a virgin to your doorstep.

Maybe you could meet one in church.

But relying on God to provide it is poor advice, and I won’t budge on that.

God helps those who helps themselves…

Anyways, that’s about all I have to say on the subject, and hopefully that clears up where I stand on the topic. Nothing against either of these gentlemen, of course — they are free to live their life their own way. That said, it doesn’t mean that their way should be taught as the gospel.

(And for the record, neither should mine)

And for them to withdraw all the words they’ve written and to say, “I was wrong, but my new way is right, listen to me” — that’s wrong — and I’m not saying they are saying that, but there is a bit of preachiness going on.

But I teach the opposite.

That putting steps into motion to get what you want out of life – such as a decent girl – is doable. For example, if you flip to the included materials inside “Actually Abroad”, you’ll see exactly how to do this in 2020, both in the East – and the West.

To see the tips inside, head to: