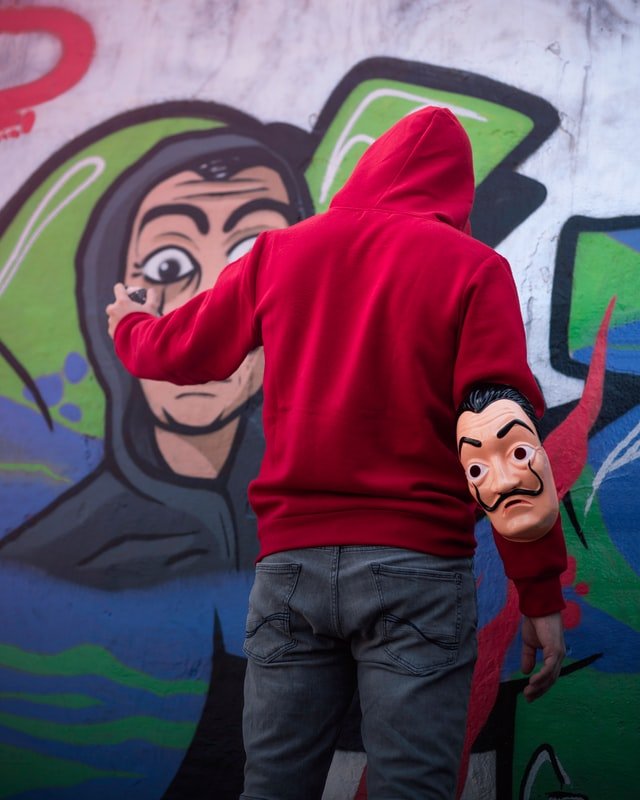 Guess what happened in the fifth and final season?

They just had to go and throw a tranny into the mix. In a weird way, too. One of the bank robbers used to have a cousin named Julio, who came back as Julia, and then Julia tried to kiss “it’s” cousin (the original robber). Weird stuff. Not something that you want to see in society. I’m even confused typing it.

This is the world you’re going to be stuck with. You should be looking for better for you.

This is the world your kids are gonna grow up in. You should be looking for better for them.

The reality is, if you don’t. You’re going to end up dating guys who have turned themselves into girls. They won’t be forced to tell you. You’ll be tricked by them, end up alone with them. And they’ll find some whacky way to ruin your life.

Or worse, your kids are going to grow up being exposed to this nonsense constantly, taught that it’s okay, and of course, they’ll be allowed to change their own gender and take hormones — and you won’t even need to be notified!

That, my friends, is the cost of what you are choosing to live with in the Western world.

And yes, maybe I’m being a drama king, but the reality is that this stuff was being poured down our throats — and now it’s being shoved.

The cost of sticking it out and allowing this to continue is that your life very well might might be ruined by a guy who chose to cut his dick off. Or your son might fall victim to it. Or any other number of things.

You break out of this system.

Even if you’re not ready to move right now, you can do things to make it so that if you need to “escape”, you have options. You can have income streams. You can have property. You can have Plan B, Plan C, and Plan D.

These are chaotic times, but they’re also opportune times in many ways.

One thing’s for sure, those who do not act will be the ones that are left to drown and live and die painful lives.

That’s why I created my program “Limitless Living”. Simply put, it’s a very simple, easily-implementable guide to build your backup plans and systems in case you ever need to scram outta town faster than an “oppressed person” runs away with a Gucci-Gooci bag.

Here’s the link to get in, before it’s too late: